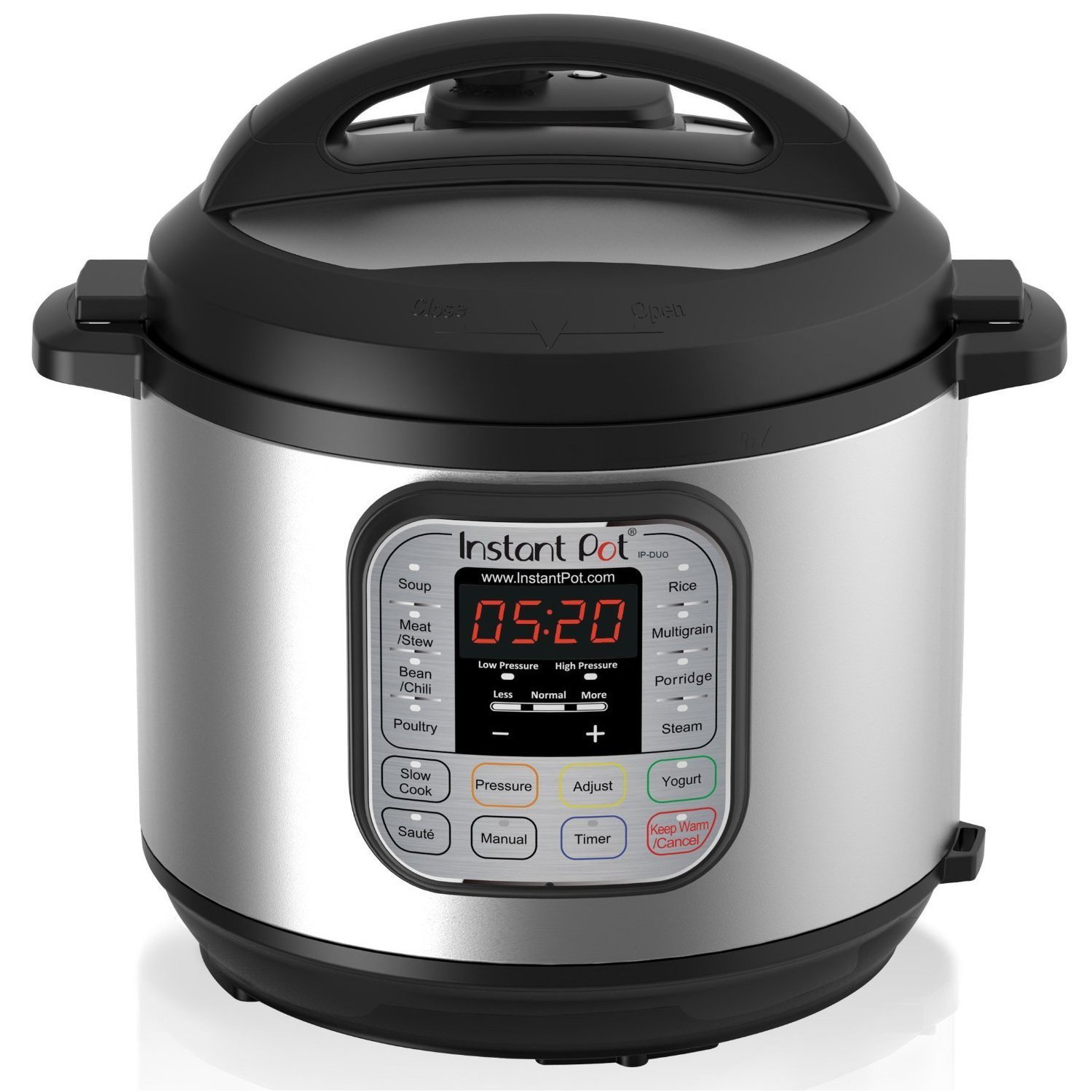 Here I am, the father and father-in-law of two classically trained professional chefs (the creators of this blog site, Kierstin and Snir Mor respectively), and I’m about to write about a device that nearly automates the chore of cooking. Of course, that doesn’t mean making the best hollandaise you’ve ever had or even preparing a classic quiche, but just great tasting everyday meals like stews, chilis and hundreds of other family dishes.

If you remember your high school science, water boils at 212 ⁰F (100  ⁰C for everyone else). That’s at sea-level. That’s important because the weight of the air at this altitude (air pressure) is pushing down on the surface of the water keeping it from turning into steam at anything less than 212 ⁰F. That means if your summer chateau happens to be on the top of Mt. Everest, you would only need 160 ⁰F (71 ⁰C) to boil water. More realistically, those of you living in high altitude places like Denver, will only need 202 ⁰F.

Rather than being a good thing, this will be the temperature you’re cooking your food with when water is the heating agent. The result is longer cooking times. Bummer!

So how does a traditional pressure cooker work? It’s an airtight container into which food and water are placed. The pot is put on the stove to heat. The water tries to boil and release steam. This begins a war of temperature versus pressure as each battles to overcome the other. In fact, without a safety release valve or turning the stove off, the container could easily explode. At the minimum, this would result in a very dirty kitchen, or in the worst, personal injury. Not good.

The new electric pressure cookers have gone hi-tech. Along with safety valves, they monitor the internal temperature in order to control the pressure. It also enables single button cooking profiles for various food categories. Some foods benefit from lesser, early cooking temperatures before the full onslaught temperature and pressure. Other features include self-contained sauté functions, and for some, even Bluetooth!

There are a number of manufacturers in the market including Cuisinart, T-fal, Blusmart, Elite Platinum, Tristar Products, GoWise, and others. There are even several late-night infomercials.

But due to its early position in the market, the company called Instant Pot remains the category leader with almost a generic use of the name for these devices and this cooking category. I’m sure all of these products are similar in their functions and perhaps, even in their quality of constructions. This article is not a product review but one that describes why this previously non-cooking 74-year-old grandfather finds himself preparing meals at home and looking forward to finding new recipes.

First, let’s get this out of the way. I’m a RETIRED engineer and yet, I still love new gadgets and technology. So maybe it’s because the Instant Pot falls into the gadget category that initially attracted me. But you know what? It works. Even after several months, I’m still using and enjoying what I can do with it. And it’s fast, which is important in these days of instant gratification (pun intended).

What makes the Instant Pot method of cooking so fast?First, it cooks at a higher temperature. (See the above “technical” explanation)

First, it cooks at a higher temperature. (See the above “technical” explanation).

Second, it has a built-in sauté function. Browning meat for the recipe you’re preparing means dirtying only one pot and makes for an easier clean-up. It also means that all of the sautéed meat, remnants, and reduction juices (I think that’s au jus isn’t it?) remain in the same pot for the final cooking. Nothing is wasted.

Third, once the sauté function is complete, the remaining ingredients (e.g. vegetables, seasonings, and spices) are put in the pot for the final pressure cooking phase. This typically lasts anywhere from 5 to 40 minutes. A complete meal. To me this is fast.

For many recipes that’s all that’s required. The Instant Pot automatically completes the cooking process. The meat is absolutely tender and infused with the taste of the other components. Simply plate and serve. Hey look, I’m actually cooking! Fresh dishes with fresh ingredients! My wife thinks I’m a genius.

Now, of course, I do understand this isn’t really cooking in the professional sense. There are many dishes for which this isn’t appropriate. But when you go online and search “Instant Pot” and “recipes” you’ll get hundreds of results. Really, go ahead and try it. (Here’s an example)

And the recipes you find aren’t just stews and chilis. How about a complete roast beef dinner in under an hour? Or BBQ ribs in 30 minutes? Even a cheese cake in an hour.

I’d love to tell you more, but the buzzer just went off. Time to eat.

Falafel – A Story & A Recipe