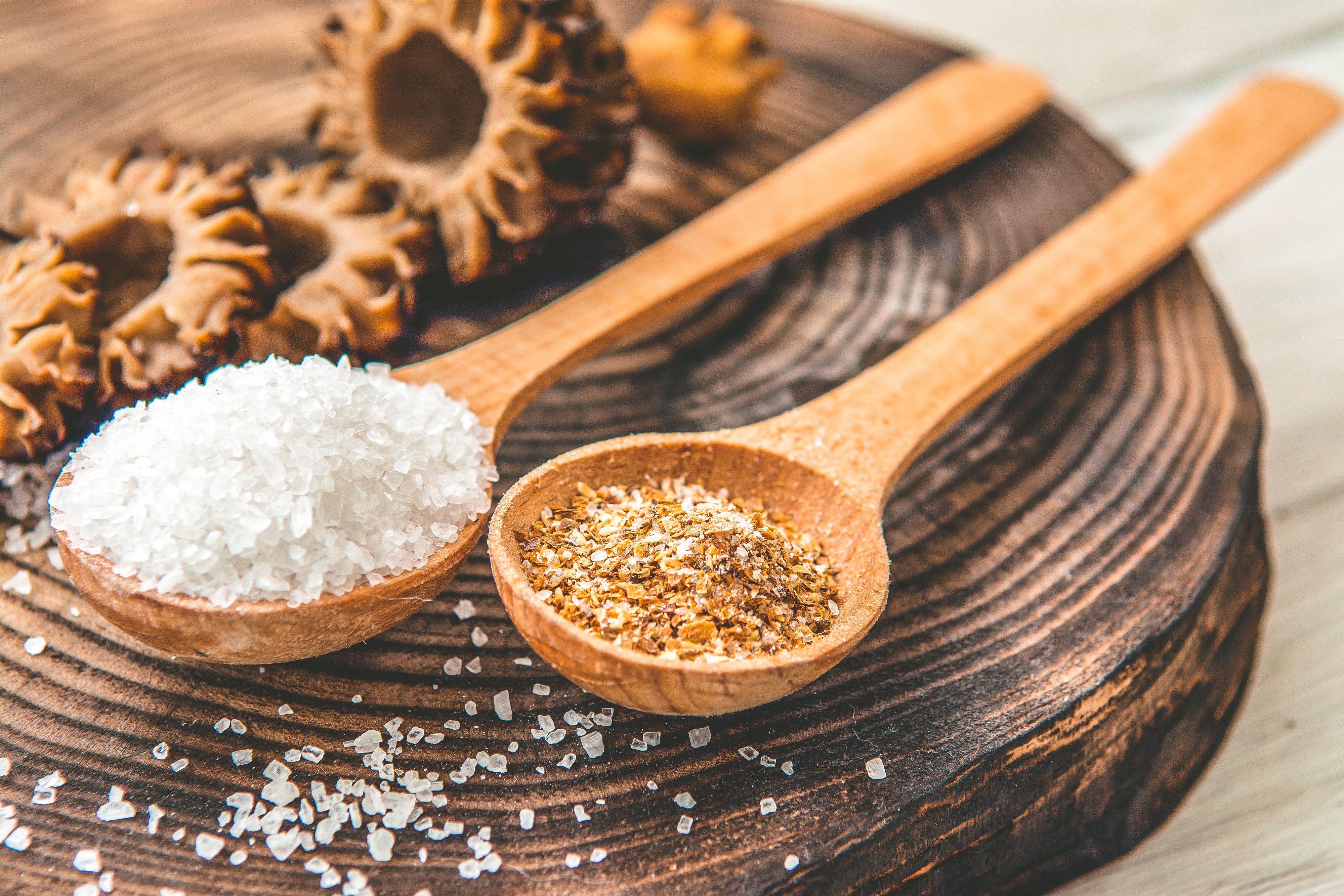 One of the most frequent questions we get in our cooking classes is, “What are the different kinds of salts and what are their uses?” This seems to reflect an almost universal confusion about a key cooking ingredient. Without salt, most things we eat would lack flavor and character. Just ask anyone with high blood pressure and has been told to cut their salt intake. Most will admit it’s torture living a life without it!  It’s so important, it even makes our desserts taste better, our coffee less bitter, and our watermelon sweeter.

My Dad and I were discussing this very subject on our 12-hour road trip to Monterey, CA last week and he recalled a memory of his father putting salt in his beer. He never understood it as a child and never questioned it until now. My husband offered that salt makes things taste less bitter. We all think of sweet and sour being on the opposite ends of the flavor spectrum, but what is the opposite of savory? You guessed it, bitter.

When you add ingredients that contain sodium, they suppress the bitterness of certain compounds. I think my Grandpa was on to something. Anyone have a good bitter IPA lately? My Dad even remembers him dropping a handful of salted peanuts in his beer.  Perhaps this is where I get my refined palate and pension for beer. I’ll definitely have to check this out later for myself. [Experiment update:  totally works, 2 beer glasses up!]

If the taste of salt is one of the five basic tastes built-in to every person’s mouth (salty, sweet, sour, bitter and a savory umami), why is it getting such a bad rap recently? It’s apparent that we are meant to have salt as part of our diet! Early cavemen got it by eating occasional meat from their hunts, but as our diets have become more varied, the role of salt has become a bit confused. As in everything, proportion is key for both health and good taste. That’s why we’re seeing different salts for different applications.

The good news is science is starting to show that salt is not evil. (See ‘Go Ahead, Put Salt on Your Food’, http://reason.com/archives/2017/07/01/go-ahead-put-salt-on-your-food).  Salt is absolutely essential for life.  It helps to regulate blood pressure, balance electrolytes and hydration, regulates sleep, prevents muscle cramps, just to name a few. Most of all, it makes things taste better.

But isn’t salt just sodium chloride? What’s with all the different labels….table, kosher, sea, flavored, etc.? It’s because salt has both physical and chemical components. These can be subtle but important to maximize their applications. We often confuse between the origin of the salt and the shape of the salt. For example, we mostly visualize that iodized salt is always fine while sea salt comes in large crystal form.

To understand salt, and get rid of the confusion we need to differentiate between where the salt came from and the shape of the salt grains.

First, let’s talk about how salt is harvested.

The two most common methods of harvesting salt are:

This is the oldest method of salt production. First noticed by our ancient ancestors as formed dried crystals in trapped pools of sea water. Since then not much has changed.

Solar salt production is, typically, the capturing of salt water in shallow ponds where the sun evaporates most of the water. Sea salt of various levels of quality will fall under this category, but also salt that has been harvested from salt lakes in different regions of the world. Himalayan salt is an example. These salts will often have acquired additional minerals, resulting in unique colors and flavors. 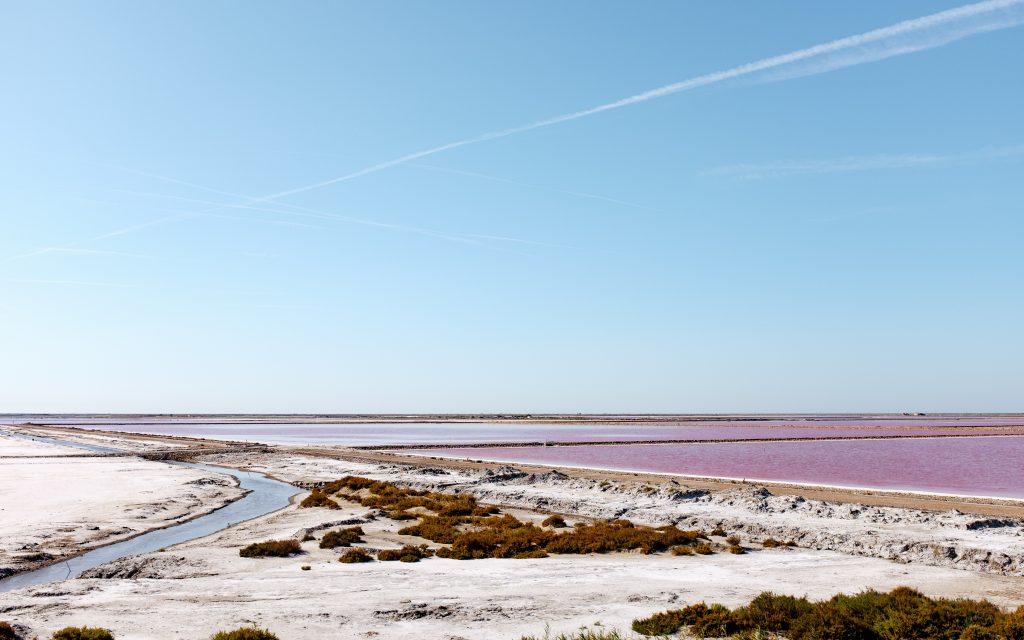 This salt is harvested from underground salt mines using heavy machinery. Salt deposits have formed thousands of feet underground in veins, much like coal, or domes. 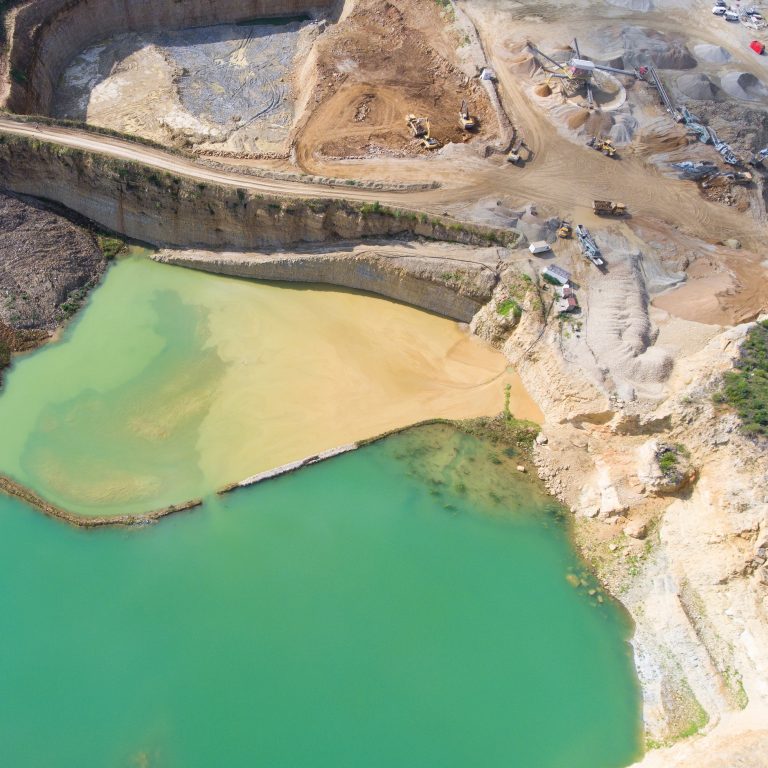 After the salt has been harvested it can be ground to different levels of fineness or left in its original, raw crystallized form. The three most common shapes are:

This will be your common table salt shape. The fine grains of salt dissolve quickly. This shape also attracts moisture quickly, making the salt clump. An old trick to counter that effect is to place grains of rice in the salt shaker. The rice absorbs the moisture and the salt stays clump free. This uniform grain shape of the salt is also great for pastry or whenever you need to accurately measure by volume.

Wide but flat. This is the shape of Kosher salt and a lot of sea salts. This salt won’t clump easily, which is why it is a chef’s favorite in humid kitchens. The size of the grains can vary greatly according to the manufacturer. When using this salt, measure by weight and not by volume.

Coarse and irregular in shape. Great to use in your salt grinder and clearing the snow in cold regions…

So what salt should we be using and why?  All salt is made up of mostly sodium and chloride and then vary ever so slightly in the rest of their makeup (inherent minerals from their different locations in the world.)

Let’s review the major players on the market:

Iodized table salt –  The most unglamorous, inexpensive option out there.  Table salt is the basic version of sodium chloride. It is ultra-refined with few trace minerals. Usually it has the addition of iodine (essential for the thyroid), and some fillers that provide an anti-caking agent (as the salt absorbs moisture.)  Ahhhh, is this why all the restaurants put grains of rice in their salt shakers, to keep it from clumping?  I mainly use table salt to salt the water when I’m poaching, cooking pasta, cooking rice, or making an art project with my kids. Because the grain size is very consistent this salt is perfect for volume measuring in baking.

Sea Salt – Harvested from the sea.  The salt is harvested from evaporated sea water, which is considered one of the safest ways to harvest salt with minimal refinement.  The texture will be slightly smaller than Himalayan salt but will include many of the mineral benefits. Sea salt is my go-to salt.  I use it for practically everything.  I season meat before cooking, I add it to soups (dissolves quickly), I bake with it, and I add it as a finishing touch to my meals, as the texture will hold up longer than table salt.  [Brands include Baleine, Maldon and can include iodine, although it has to added artificially] 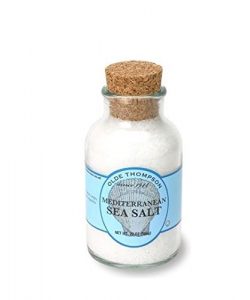 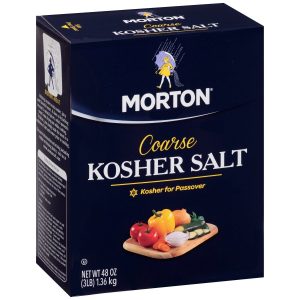 Kosher Salt – A coarse salt with a large flat grain.  Used to draw out the blood in meats or water in vegetables.  My husband, who is Israeli, likes to joke that the Jews love to kill their meat twice.  This is a favorite salt of chefs to use before we sear meat or seafood. The flat crystals easily stick to the proteins and the large surface of the salt easily draws water, creating a mini brine that helps retain moisture. Another benefit is that this salt doesn’t easily clump in humid environments like a commercial kitchen. This is also a less expensive way to add salt with texture to a meal when it is served, although we mostly use it for seasoning before it hits the pan.

Himalayan Salt – This type of salt comes from the Pakistan region and has become known because of its pink and rocky texture. The color comes from trace amounts of iron oxide, otherwise known as rust. However, the amount is negligible and deemed safe for consumption.

Because it is a naturally harvested salt with little to no refinement, there are small amounts of essential minerals such as magnesium, calcium, and potassium within it. It goes nicely sprinkled on to foods and in recipes.  Many people also use solidified hunks with lights inside as lamps. These holistic health lamps are said to purify and ionize the air around them, increasing happiness and energy.  Not sure I believe it, but heck, I’m willing to try!  I have bought some nice shot glasses made from salt (think tequila) and a salt block to cook meat or fish on the BBQ (fun Christmas present that I’ve been too lazy to try.)

I do love Himalayan salt and I buy into the idea that it is better for me.  Plus, it looks impressive and my favorite color is pink.  Enough said. 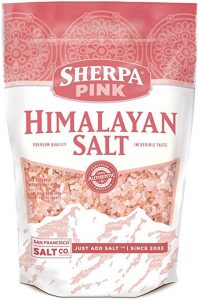 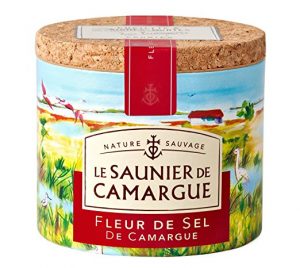 Fleur de Sel – Harvested from the coast of Brittany, France, this is the caviar of salt.  The French say that the sun and the wind need to be perfect to get the salt to bloom like a flower.  Fleur de sel is harvested from the foam on the harvested salt.  It is supposed to have the flavors of the ocean and the wind.  Needless to say, French wind ain’t cheap.  We love fleur de sel because we’re chefs and we’re snobs, but, since we’re poor, we use it sparingly.  It provides a small crunch in your mouth but melts quickly.  We use it only as a seasoning after something has been cooked.  Scallops? Yes.  Filet mignon?  Yes, please!

Celtic Salt – This salt has a unique texture thanks to the small presence of water left after it is harvested from the tidal ponds off the coast of France. Its grains are moist and chunky and its flavor is a bit briny. It is a mineral dense salt and is characterized by its gray color. Celtic salt is generally higher in iron and lower in sodium, which can be beneficial if you are trying to manage your sodium intake.  I would mainly use this after cooking as an enhancement. 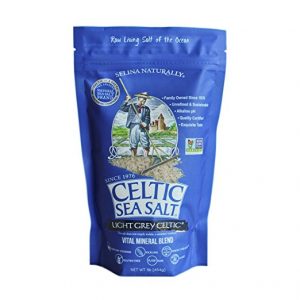 There is a whole other group of salts that add flavoring and are primarily used as an accent AFTER cooking.  Hawaiian salt mined from the volcanoes which contain activated charcoal; Smoked salt that adds smokiness to meat (think pork); salts infused with lavender, rosemary, the options really are endless.  If you are a true gourmand, salt can be a great way to play with food.  It is also a personal favorite gift of mine when invited for a dinner party or as a Christmas gift for a friend who loves to cook.  Here is a good sampler kit…